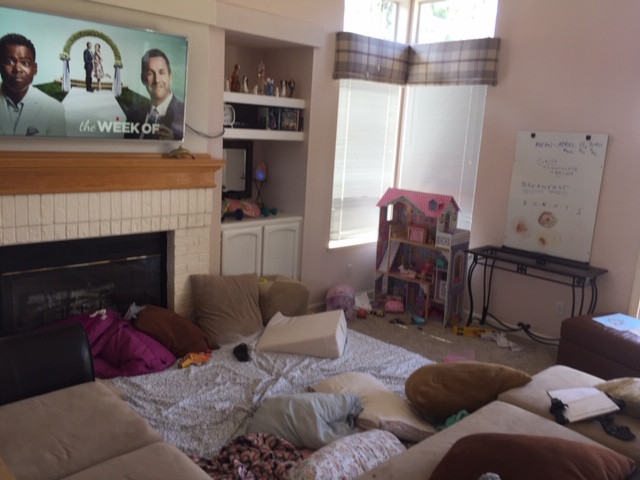 Life is certainly interesting in the Cave household during this shelter in place period as a result of COVID-19. Here’s a list of some of the key differences:

I just completed 5 straight weeks working from home. I have commandeered Michaela’s room as my new home office until this is over.

Emma’s once consistently immaculate room has given way to the force of 3 tornadoes routinely blowing through it to play as a group. 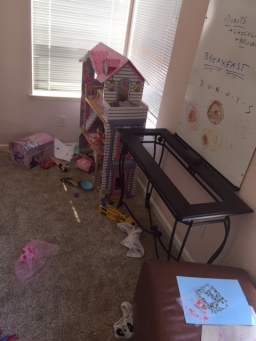 One barbie doll has been beheaded already during this crisis. Not sure how…glad we don’t buy this stuff new!

The chaos spills out into the backyard when it is nice weather out. 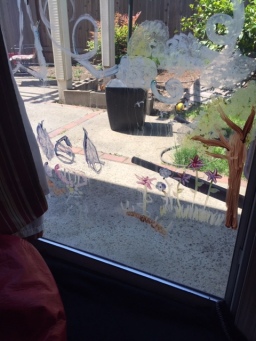 Window in the master bedroom is now an art canvas

Other than the chaos in the house and the frequent bouts with cabin fever, they are healthy and happy, which is really all that matters at the end of the day. The stimulus check arrived mid week via direct deposit, so that was a really nice infusion to prop up this massive operation.

I have picked up some hobbies before and after work. I have a passion for foreign languages, so I’m back to building my French vocabulary using DuoLingo in the mornings, and a little German as well. French is much easier for me having lived there in 2001.

I’ve also picked up going for bike rides every day. Now I’m not riding with a pelaton pack of cyclists but I do get out of the house for some exercise so let’s not get carried away!

And in the next week, we’ll probably get the OK to turn on the solar that was recently installed on the roof. That’ll help keep the electricity bill at bay. I’m also getting a 220 electrical outlet installed and bought a Level 2 charger so that I can charge my electric car faster when I’m driving again. 5 straight weeks teleworking has been a blessing in disguise. I had been averaging more than 1000 miles a month when I commuted into work, so not having to drive anywhere far consistently has brought the average mileage down. It’s a leased car with 12,000 annual miles and I was over that, so with another year or so to go I should not exceed the cap when it is time to turn the car in. It’s a nice car, though.

I’m looking forward to all of this craziness being behind us. It has really been an odd time. I do wonder what the new normal will be like for the country, communities, etc., though. Everyone has this look of panic on their faces – everyone is guarded and proceeds with caution like the nearest person to them is sick. It’s ridiculous but kind of to  be expected.

I look forward to seeing isles stocked with Clorox wipes, paper towels, toilet paper and whatever else is producing these regularly seen barren shelves again. I wonder how some businesses will recover, especially businesses that rely on capacity. I wonder how testing will be approached for illnesses of concern moving forward. Will people decide to stop trying to power through being sick if it is getting others sick in the process? Is reliable data/information the new world currency? Things that make you go hmmm….

We are 4 years and 6 months into this parents of multiples adventure, and things have settled down in terms of the novelty of triplets – that has worn off. Most folks that ask these days still can’t imagine, but people can tell that the kids are a package deal. Most onlookers assume that Christopher is the oldest because he is so much bigger than the girls, but they assume that the girls are twins because they are just about the same size and favor one another at times.

The one thing that has been consistent is that they just keep getting cuter and cuter.

Miss Michaela is a ridiculously fast runner 🏃‍♀️. She has a really compact stride and just gets everything moving in a hurry. She is also very flexible and is always stretching. Gymnastics might be in her future at some point. She has a Marylou Retton build for those of you who remember the 1984 Los Angeles Olympics. Still bossing the other two around at every turn. Apparently she wants to be the lead singer 🎤 of the band!

Emma is all about precision and focus. When she is tracing letters or shapes, she takes her time and stays close to the lines. When she is cutting paper with scissors ✂️, she turns everything else out and is completely focused on the task at hand. She is a perfectionist of sorts. I dusted off my guitar 🎸 recently and she was enamored with it so I bought her one. 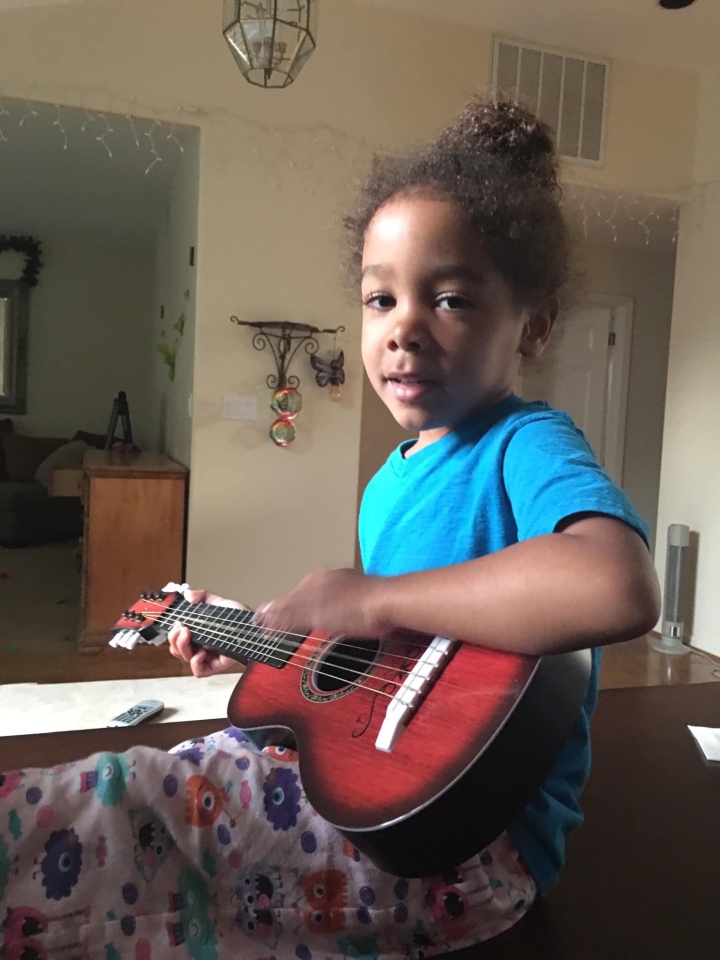 And Emma is doing outstanding in her swimming 🏊🏽‍♀️ lessons. Just this week she practiced floating on her back and also went underwater and touched the bottom of the pool. She is in her own lesson free of the other two and this works great for her because she doesn’t have to compete with the other two. Emma will most likely be the first to swim we are thinking. She really takes it seriously and talks about it all the time.

Christopher is still discovering what he likes. He’s around his sisters a lot so I have been taking them all on excursions with just the two of us so they have their one on one time. He likes to throw balls but hasn’t figured out the technique yet. Interestingly enough though he does some things with his left like throw and kick and everything else with his right, just like me. Michaela is completely left handed but he is a bit of both like me. I’m not sure what sport he will take to but he is our late bloomer and has generally been the last two do everything. 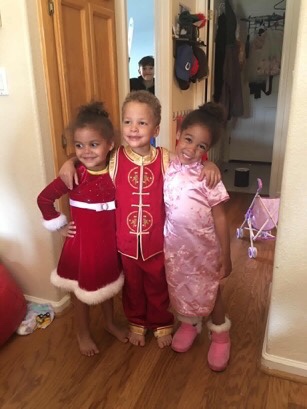