The competition is fierce with the Cave Triplets. They compete for the following:

This year’s 4th of July started with us heading to the park in the morning only to find a large group of people there from a church having a morning picnic. Someone wandered over and introduced himself and invited us to partake in the food they’d brought. We did, and were soon participating in the activities they had going on. 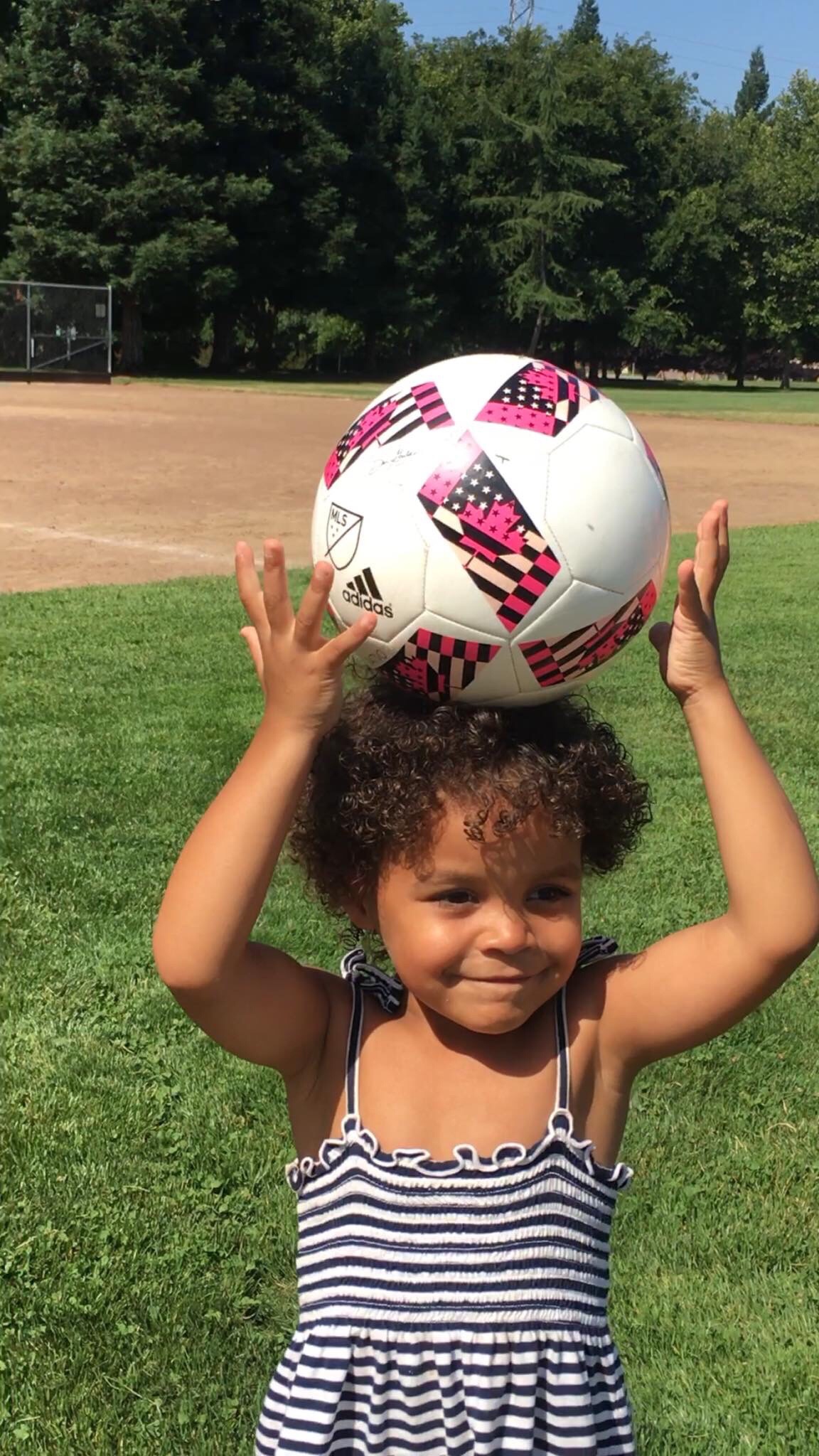 Previous Independence Days involved most of the kids sleeping through all of the fireworks (I believe only Emma was up to see them the first year). This year, everyone was up and engaged. 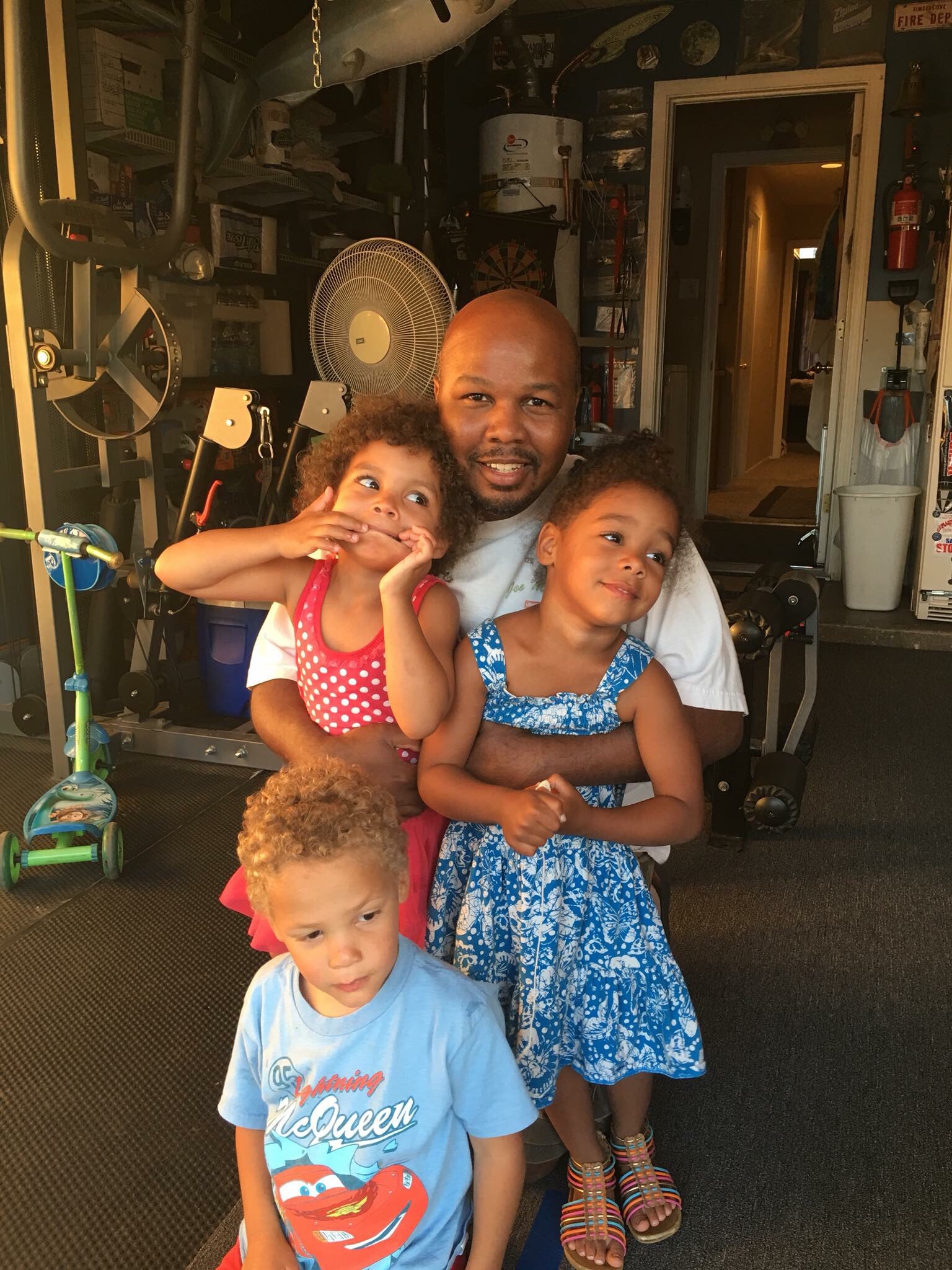 I think one of my previous blog posts was something catchy like Declaration of Independence. Or maybe it should have been if it wasn’t, because all three are increasingly declaring their independence from their parents. It is manifesting itself as them telling us what they want to do more often and now that they can talk, there is very little guessing as far as their intentions are concerned.They, like any other kid, would rather play than eat (unless it involves ice cream!)

They prefer to be outdoors – playing. 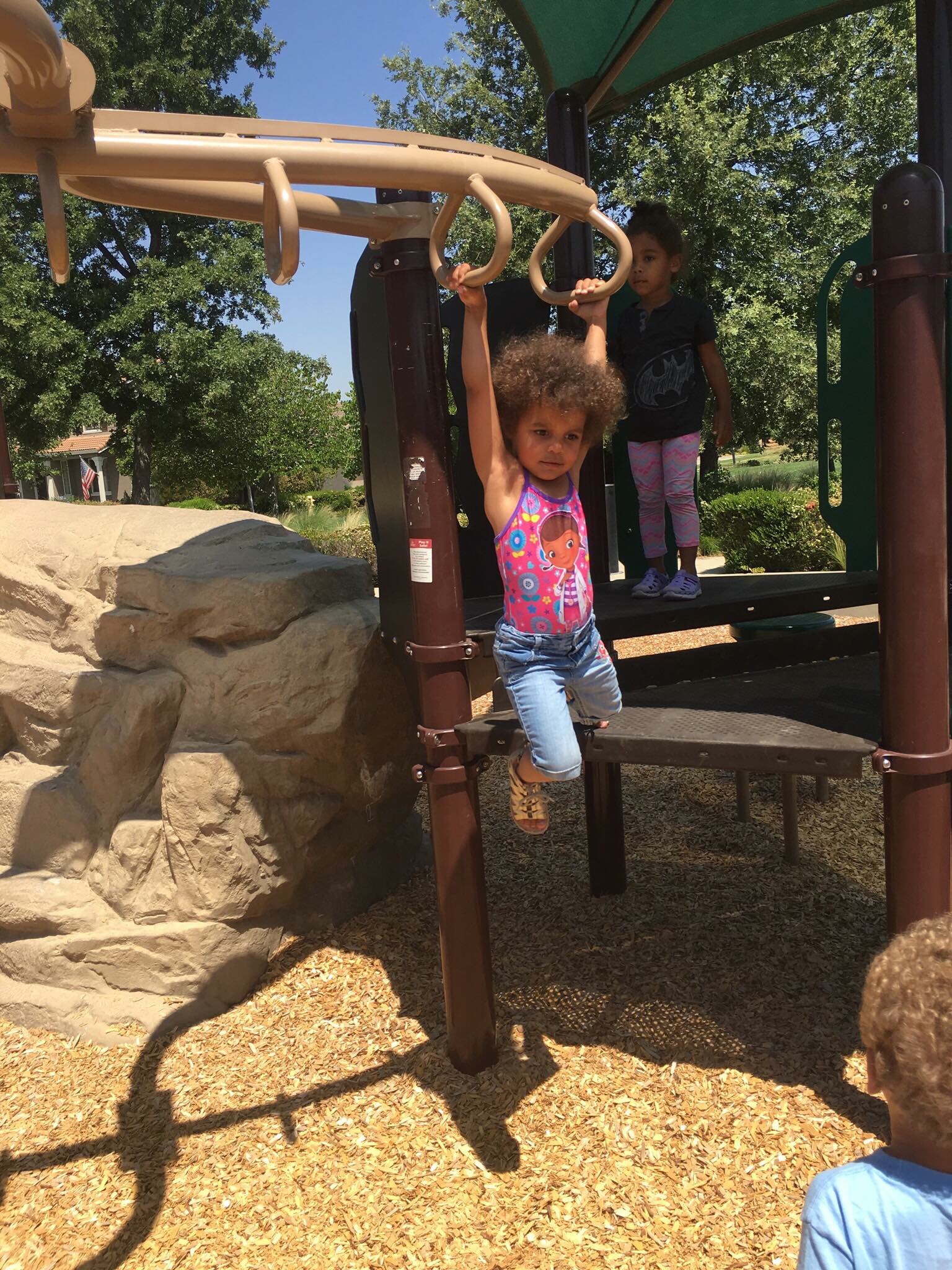 This summer, before pre-Kindergarten starts on September 5th, will be spent getting them more and more comfortable with the water. I missed out during my own childhood as I couldn’t swim, so at age 22 I had enough and taught myself after lots of practice. We don’t want them to have that same experience.

That’s all for this month. Thanks for reading! M.

We have hit that stage where the kids have identified their favorite cartoon characters. It has made me realize how effective marketing and brand are for some companies like Disney and Mattel, because once it takes hold, that’s it.

I grew up as a kid in the 80s. That era featured quality cartoons (I’ll spare you the list because it’s so long) and even Saturday cartoons were timely. Now, we live in generation that is less attached to traditional television and more married to internet streaming. We “cut the chord” back in 2015.

I’m tickled pink that some of these characters are so important to the kids. The list of their favorites include: 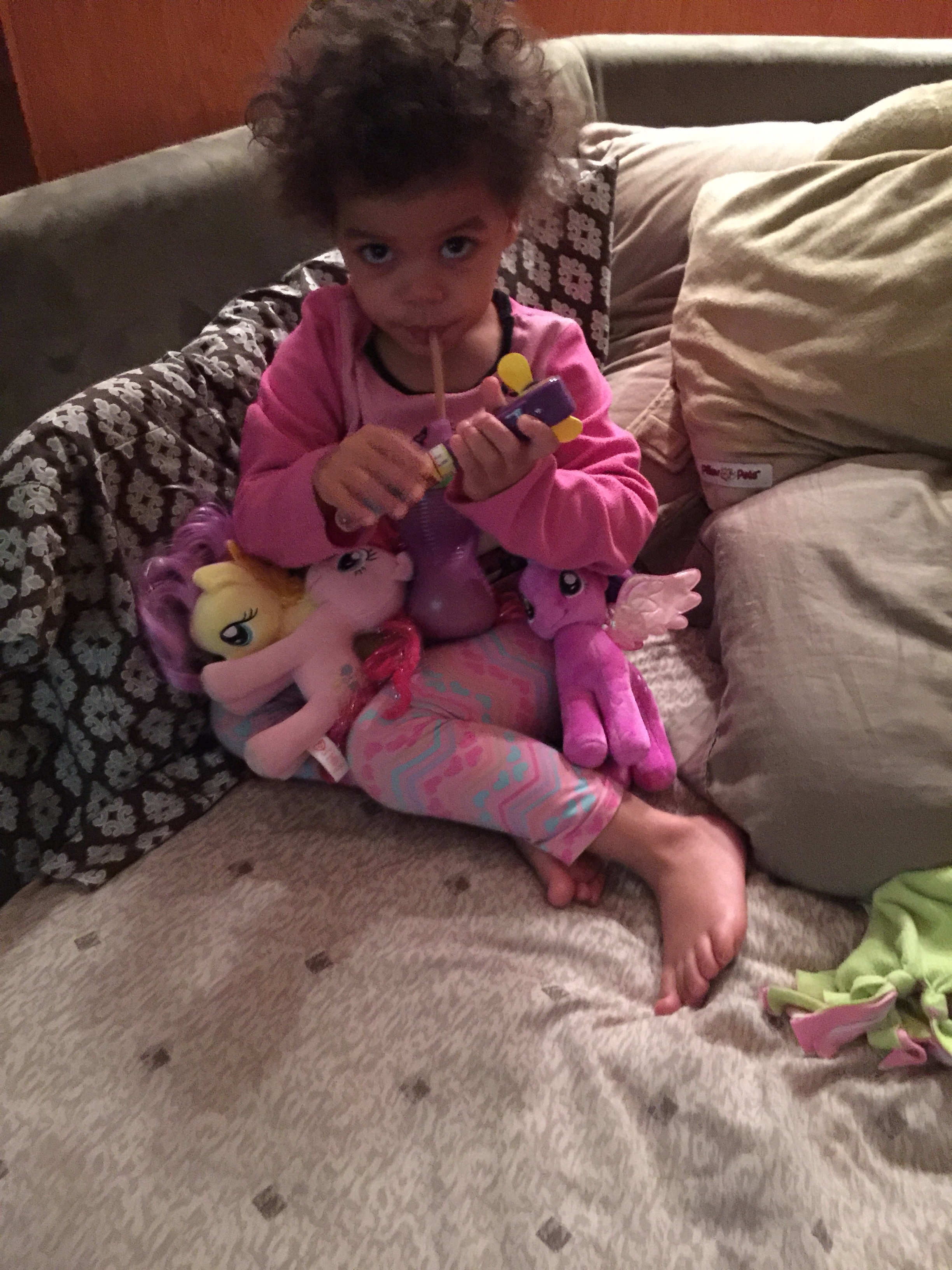 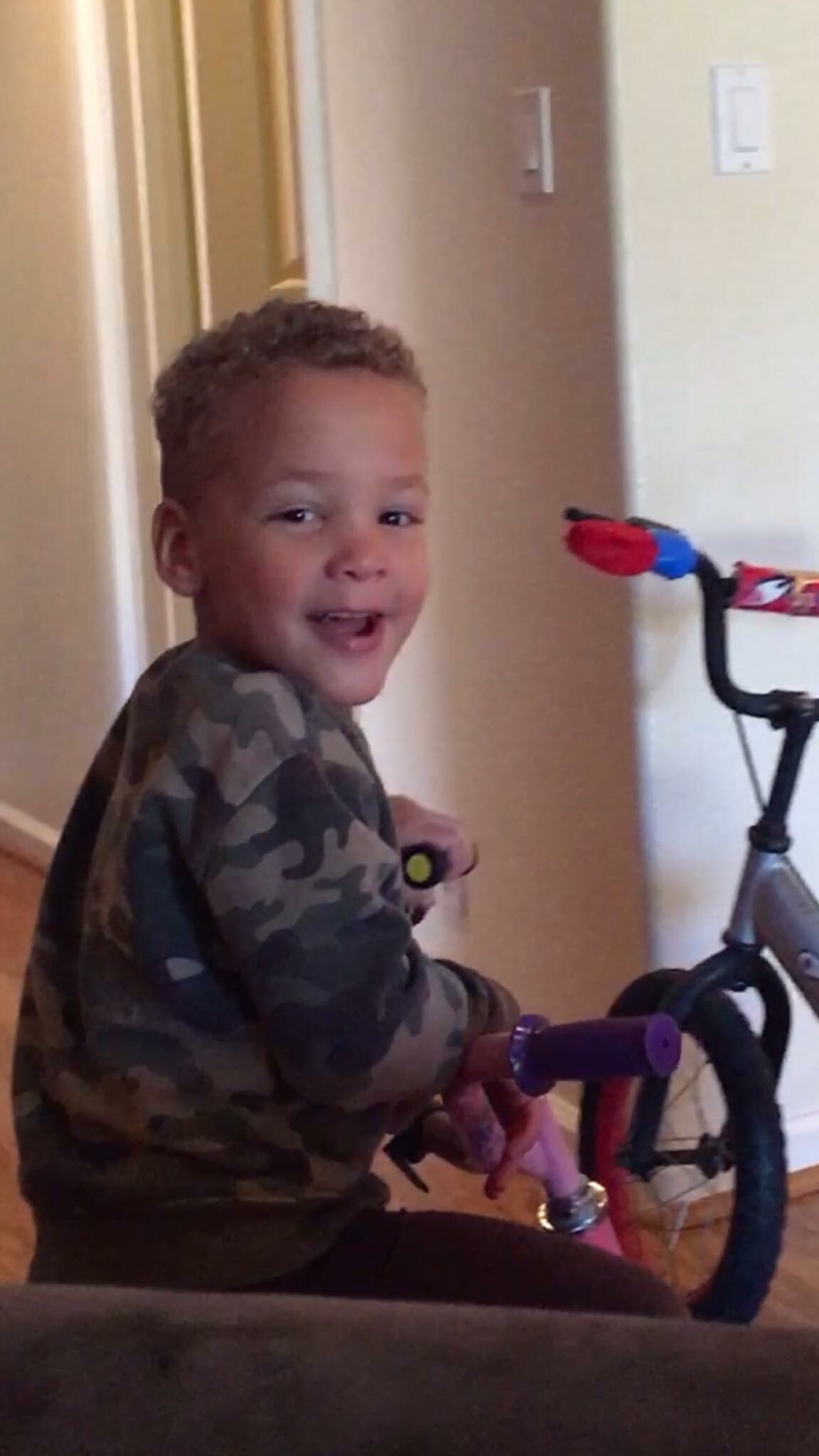 No clue why Michaela had such a large list of preferences. It might have something to do with her usually being the first up each morning and insisting on watching her favorites first…you know, first born preferences.

Interesting – Michaela is explaining to me this morning that it was Christopher that threw the shopping cart last night and broke the wing, not her. Maybe she was just ducking after all. Whoops 😳

Gotta start saving for a Disneyland trip. You can imagine how expensive that will be with three Disney fans 😳😲

Happy Birthday 🎁🎈🎂 to the Cave Triplets!

Three years ago today, our lives literally changed forever. We went to the doctor for a next day check up as Angelique’s test the previous day had revealed preeclampsia. The only cure or treatment for that is delivery. A long exam and sitting up on an uncomfortable bed with baby monitors hooked up to her tummy resulted in contractions that wouldn’t quit and a doctor that decided it wasn’t a good time to send her home, which we appreciated. Next thing we knew, she was being whisked away for a c-section and later that afternoon we became parents!

And what has changed since then? Well, for starters, they are all healthy three year olds now. Thriving is an understatement and doesn’t really do their development justice. Every triplet journey is certainly unique. It all depends on how early they are born and how they weather the storm of issues they have to contend with the earlier they come. The goal was 34 weeks, but they decided to make their arrival at 29.5 weeks. That early came with lung development concerns, early digestion issues, anemia, eye development concerns and a few heart murmurs. All fine now, although the early weeks in the NICU were nothing short of an emotional rollercoaster.

We survived the first 18 months thanks to outstanding help. The carpet in our old house, specifically the family room we lived out of (home base) did not, I’m sorry to report 😜

You look at them today and you’d never know they were born prematurely. Most people think the girls are twins and that Christopher is the older child since he’s so much bigger. But we tell them he’s the youngest and they are all the same age and their jaws drop. Christopher is as big as a few 4 year old kids we’ve seen. And he’s wearing 4T like a boss…haha.

Binkies are long gone, as are bottles. Only one baby gate remains as opposed to five. Diaper will hopefully be a thing of the past some time this year as I’d rather drop $90 a month on something else for them…lol.

Now that they can talk a lot better, we are bracing ourselves for even more challenges. I’m at work all day, and it’s hard to come to terms with how different they are from the previous day when I get home. Their minds are soaking up so much knowledge. Everyday there is a new skill or a few new words.

They aren’t in pre-school or anything like that yet. Last week I got on the Amtrak train home to work and our pediatrician was on the train, so we sat and chatted. She hadn’t seen them in a while, so I showed her some of the latest pics. Her jaw dropped. They have all sorts of different fans. The NICU nurses played an integral role in their development. They don’t get to hear how a lot of the kids are doing. I’ve run into one of the nurses at Costco before. She immediately asked how Emma (whom she cared for) was doing. She was asking a few questions like she was going through a developmental checklist. She knows that sometimes there are issues. Another I keep in touch with via text and she has visited once. I’ve run into the high risk doctor that helped keep the babies in longer at the hospital. I shared a pic and shook his hand and he lit up. I send him photos from time to time. It took a lot of people’s efforts to get them here, and we will never forget their kindness and devotion to their jobs.

Their birthday party is 10/29. Visitors will be greet with jabbering toddlers. Lots of hugs will be distributed, I’m sure. Should be a blast!