In about one month, our trio will turn 4. Age 3 has been the year of the band-aid, with injuries galore across the board. The injuries are mostly cuts and scrapes. Falling while running and skinning a knee, slipping while trying to climb our lemon orange 🍊 tree 🌳 out back has resulted in scrapes, and a few miscellaneous spills have produced bumps and bruises. I’ve never worked in the private sector, but my health insurance over the course of my public sector career has been absolutely wonderful. It’s also nice that we live 5 minutes from the hospital.

Christopher is our resident injury magnet. Nearly 2 weeks ago we were at a restaurant and joking around that Christopher’s nickname should be “$50 co-pay” because he led way in ER visits requiring a $50 co-pay 2-0-0. Well he added to the total when we got home from the restaurant. Was following Michaela’s lead jumping off of a yoga ball and his momentum (he is 42 lbs and 20 of those pounds appear to be in his head) got the best of him and he stumbled and hit the area above his eye on the corner of a coffee table, busting it open. It didn’t require stitches, but the open gash bled a lot and I took him down the street to the ER. The nurses swooned over what a heartthrob Christopher was with his exotic blond curly hair – nice 👍🏽. Christopher leads 3-0-0. 🏆 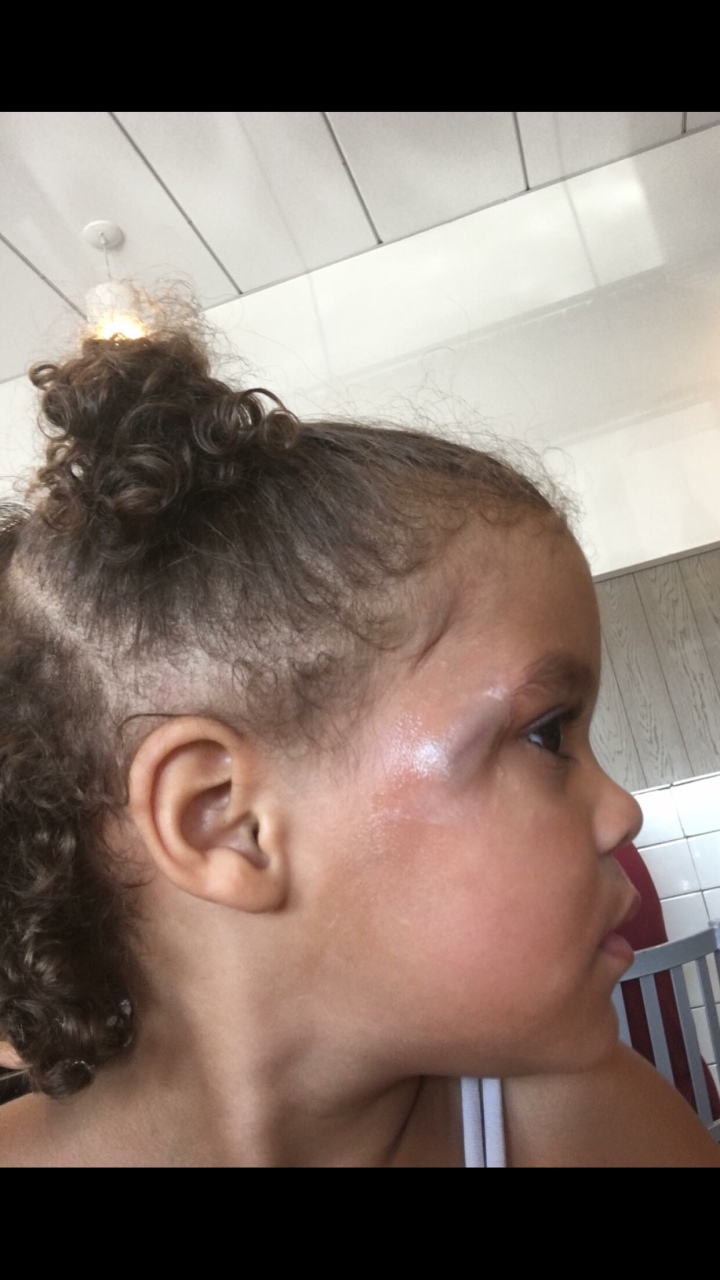 Michaela got a nasty egg on the side of her face just below her temple after tripping and smacking the side of her face on the step at the local Chik Fil-A. She hit it hard as no amount of Arnica gel could prevent the resulting bruise from surfacing a few days later. Earlier this week while about to cross the street to go to school, she tripped and fell and hit her head, busting it open. This resulted in a band-aid. 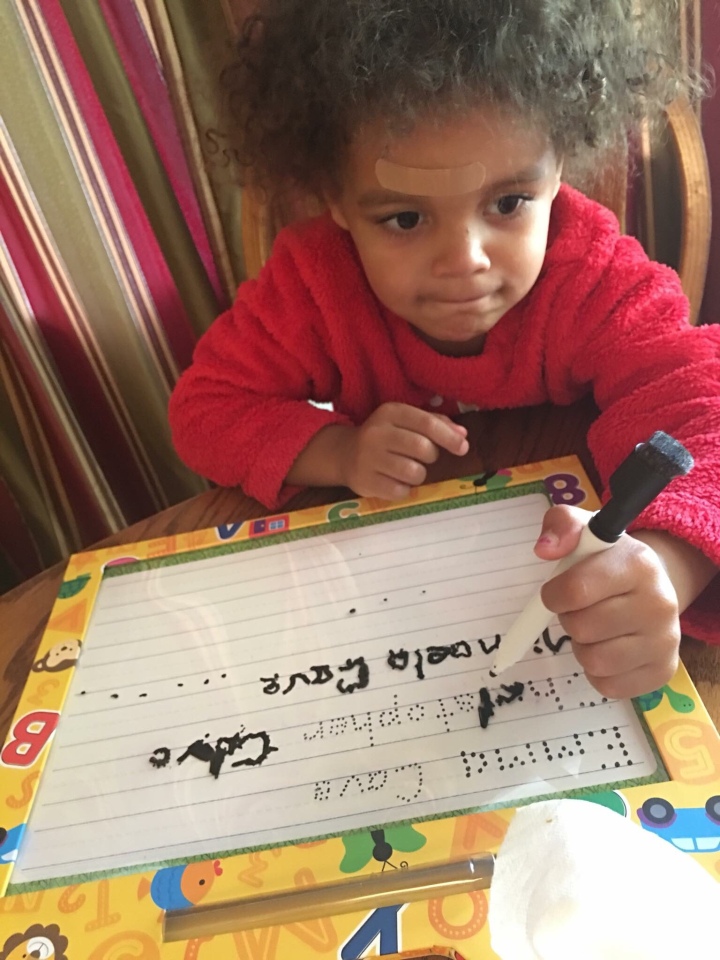 This post will be dedicated to one word nouns and verbs associated with triplets: